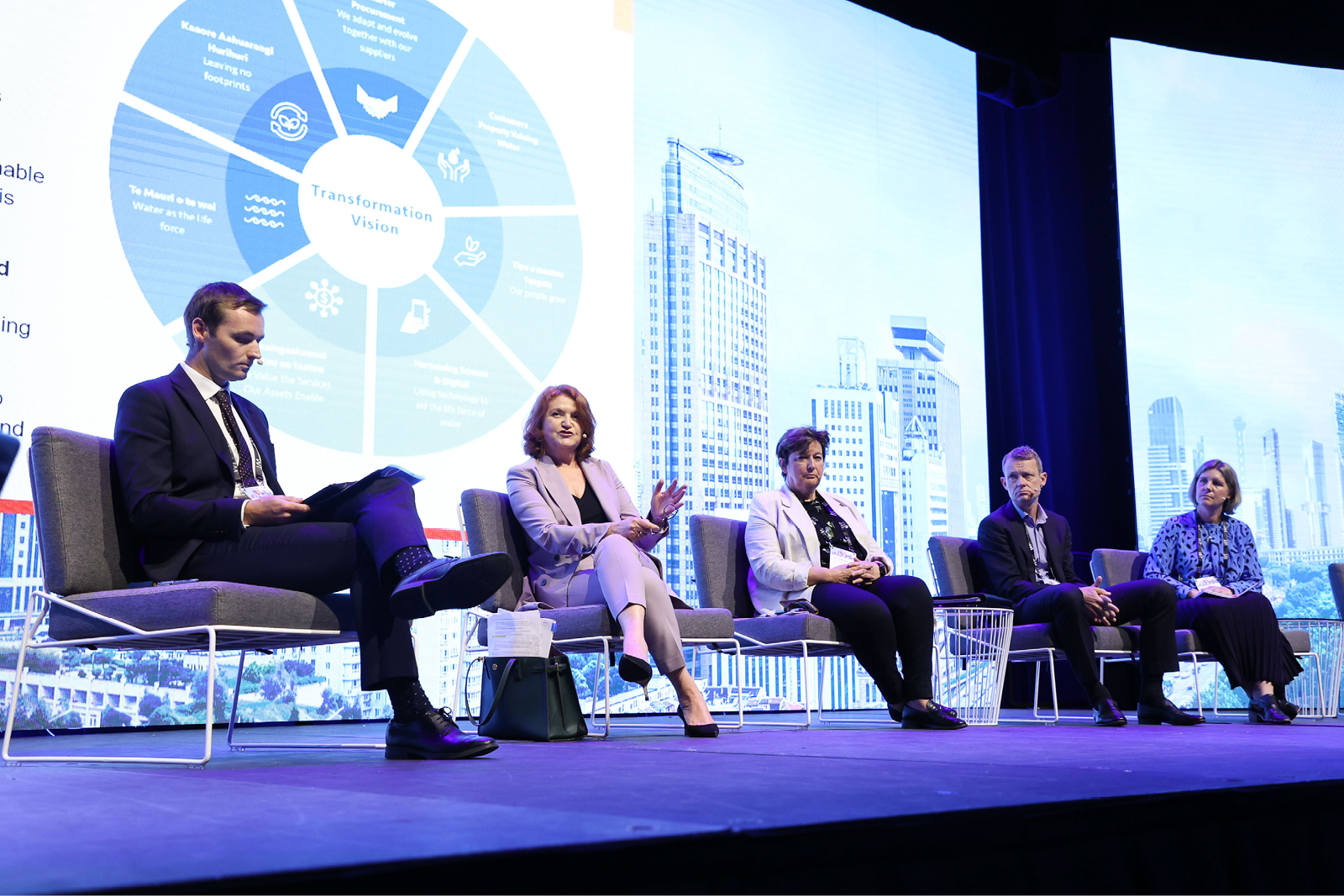 The Minister of Local Government the Honourable Nanaia Mahuta focused on the Three Waters reforms. The Minister explained that more than 80,000 New Zealanders engaged with the Select Committee to have their say on the recent Water Services Entities Bill. As a result, over 130 amendments were recommended by the Select Committee. The Minister noted that further legislation, which has since been introduced, will set out the functions and powers of the entities, providing the means to transfer assets and ensure effective integration into planning systems.

The Minister was clear that these reforms help lessen the burden of vital infrastructure provision on ratepayers now and into the future. While controversial, the Minister emphasised that the Government would not ‘kick the can down the road’.

Heather kicked off the session by providing an update on the work of the Transition Unit. Heather outlined that the Transition Unit is working alongside council, iwi and Māori, industry and the wider water sector to ensure that the transition is efficient, effective and minimises disruption to users.

During the panel session, Wendy described the context of Wellington, including that the Wellington water model is the only current voluntary collaboration of water services in the country, and the role she has played in helping coordinate across Wellington councils as reforms take hold. Wendy noted some worry about implementation issues with Three Waters and the Resource Management Reforms, and the council losing their role as an open avenue for the community to raise issues and ask questions.

Hannah discussed the nature of the water entities and their ability to leverage water charges. She described them as big capital market issuers, who will have to go into the international capital market. Hannah said she saw a big opportunity for how these four entities could work together, rather than alone, to get critical mass.

Padraig then used his experience of the Auckland amalgamation to highlight where we will see some big changes, these included: