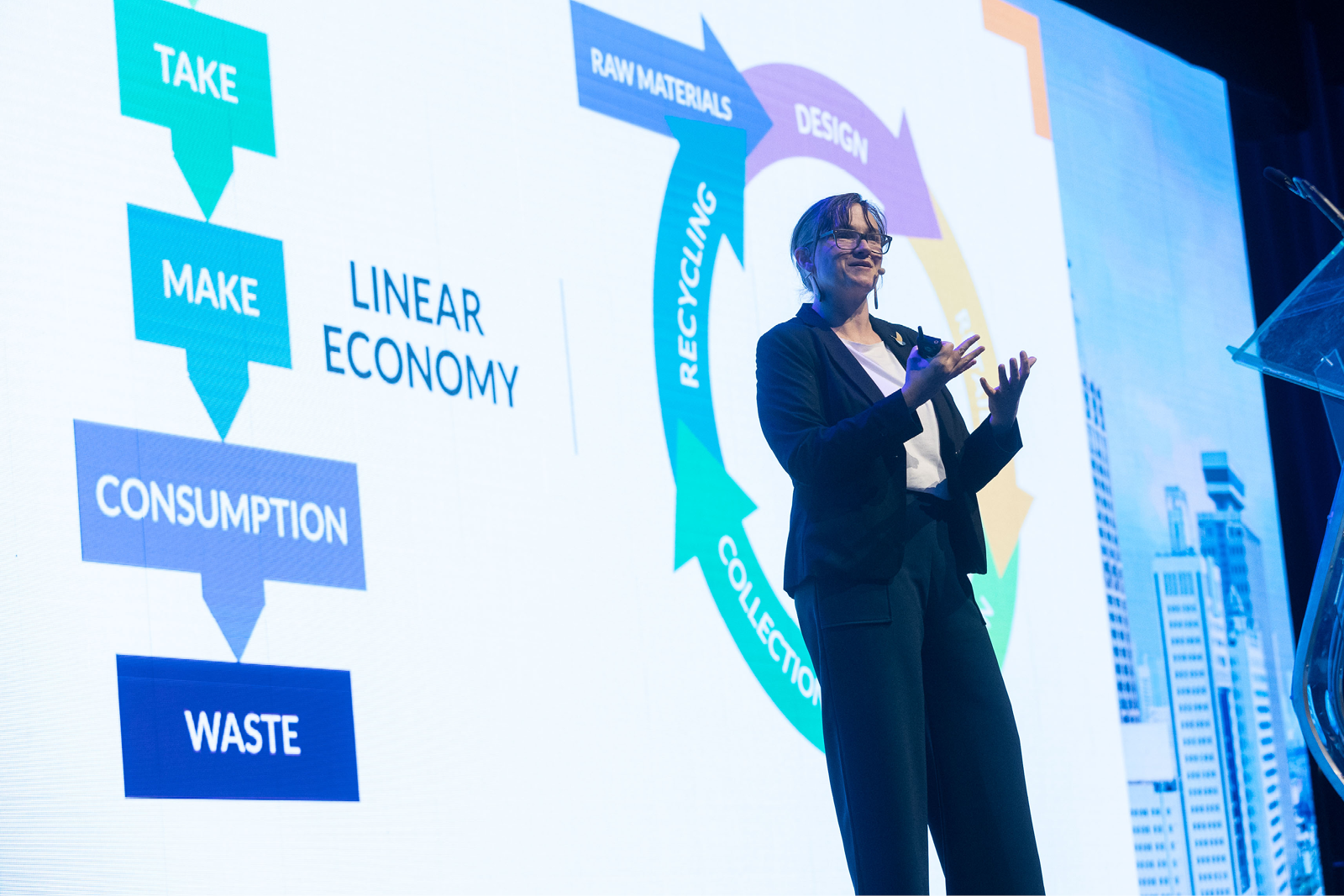 Professor Bruce Glavovic had a stark warning for the Building Nations 2050 delegates, “We are on a highway to climate hell with our foot still on the accelerator.”

In New Zealand, he estimated that some 772,000 people and 462,000 buildings worth $147 billion as of 2019, are already exposed to river and coastal flooding – not taking into account the exacerbating effects of future sea level rise. Professor Glavovic also reflected on the United Nations’ Intergovernmental Panel on Climate Change’s suite of reports and highlighted recent research that estimates a 50 per cent chance of our world reaching 1.5 degrees of warming on pre-industrial levels by 2026. Climate resilient infrastructure, he emphasised, will be foundational for any hope we have of forging routes into this unknown future.

To meet the challenges presented by this world of turbulent futures, he encouraged delegates to move past 21st century infrastructure theories and patterns and to a new paradigm centred on complexity, uncertainty, dynamism and contestation. Professor Glavovic contended that we must reimagine infrastructure as genealogy, for the 7th generation – so as to centre intergenerational perspectives and as ubuntu – or humanity to others.

The circular economy, she explained, refers to the need to future-proof our infrastructure for the energy transition, and a shift in the way we design, produce and consume products across the economy. It requires a systems approach that designs out waste and pollution, retains value in assets and materials and regenerates natural ecosystems.

Jodie outlined that four materials contribute 60 per cent of industrial carbon emissions – steel, chemicals, aluminium and cement. Reducing these, she explained, will require both traditional strategies, like electrification and greater energy efficiency, as well as circular economy approaches, like increased utilisation of existing assets and a focus on recycling and replacing materials.

To deliver on a circular economy in the future, Jodie also underscored the importance of building in ‘wiggle room’ or adaptability into our systems as we face climate uncertainty.

While the focus of Building Nations was 2050, Tonkin + Taylor’s panel: No road, a green road or a divided road – How will our zero-carbon transition unfold, and how should we prepare? highlighted how important the next decade will be in ensuring that we can meet our net-zero ambitions.

Tonkin + Taylor’s James Hughes opened the session by highlighting that there are many ‘known unknowns’ and also several ‘unknown unknowns’, in our climate future. Across the sector, businesses will have to develop new processes and scenario assessments to test and challenge the resilience of their strategies in the face of climate change.

James framed three methods for understanding future climate scenarios. The first, ‘the green road’ is a future characterised by New Zealand as a leader in the transition to net-zero emissions, where climate change is a core priority for governments and climate programmes are ambitious and aggressive. Next, ‘a divided road’ where very little is done over the next decade, leading to an abrupt and chaotic transition complete with societal division. And finally, ‘no road’ where New Zealand fails to take action and faces the worst effects of climate change.

The panel focussed on the implications of these scenarios in our urban environment. Infometrics’ Brad Olsen, Otago Regional Council’s Dr Lyn Carter and Kāinga Ora’s Alec Tang joined James to discuss their perspectives.

In their discussion, the panellists shared the view that the ‘green road’ must build on equity and social considerations to ensure that a just transition is achieved.

Key takeaways from the session included:

They discussed the recent release of the Natural and Built Environment and the Spatial Planning Bills and reflected on the difficulty of getting consent, even through fast-track consenting legislation which will inform fast-track provisions under the new regulatory regime. Cathy highlighted the uncertainty caused by the delays and their impediment to investment and expressed hope that the reform process would be an opportunity to review the appeals process under the fast-track legislation as well. Blair outlined the perverse incentives that the risks of consent delays have caused for wind energy, meaning that only investment in big wind projects have provided adequate protection against the risks of uncertainty. He highlighted that this has resulted in a gap in the market for small to medium projects.

On the broader question of policy settings, the panel explained that significant government investment overseas will place additional pressure on New Zealand’s renewables market and its ability to deliver on planned projects. Cathy underscored the importance of a solid pipeline of projects for the sector’s ability to build the capacity to deliver on them. Additional improvements to the process discussed included the simplification and standardisation of project contracts to streamline financing.

The panel explained that there has been very little intervention in New Zealand thus far and highlighted that if the Government is to further intervene, it will need to be careful not to undermine investor certainty by creating policies that favour some technologies, but not others. They raised the additional point that the intervention we do have in New Zealand has been aimed at subsidising oil and gas, which by extension affects the renewables market and its ability to compete on an uneven playing field.